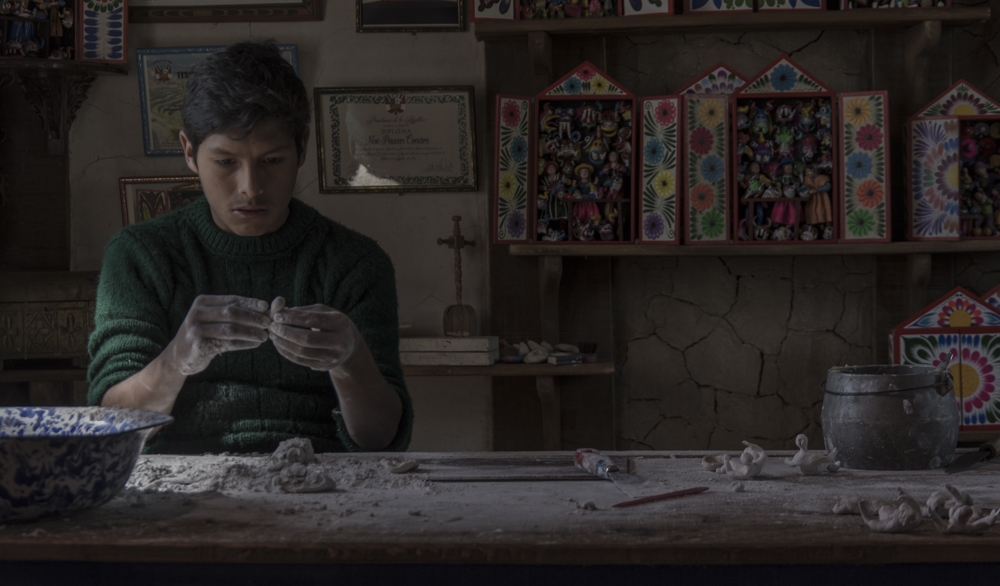 High on the remote mountainside of Peru, Segundo, a 14-year-old boy, is preparing to follow his father`s professional steps. Working as a craftsman, he produces retablos, traditional colored boxes depicting religious scenes and everyday events. Segundo worships the craft, but stumbles across a shocking secret of his father, which ultimately reveals the deeply religious and conservative landscape that surrounds him.
adolescence maturing family drama family parenthood religion


Born in Peru, graduated in psychology and holds a master`s degree from the London School of Economics and Political Science and the Massachusetts Institute of Technology (MIT). He also studied film directing at London Film Academy. After making two short movies, Can You See Me? (2010) and The Companion (2013), Retablo is his debut in the direction of feature films.