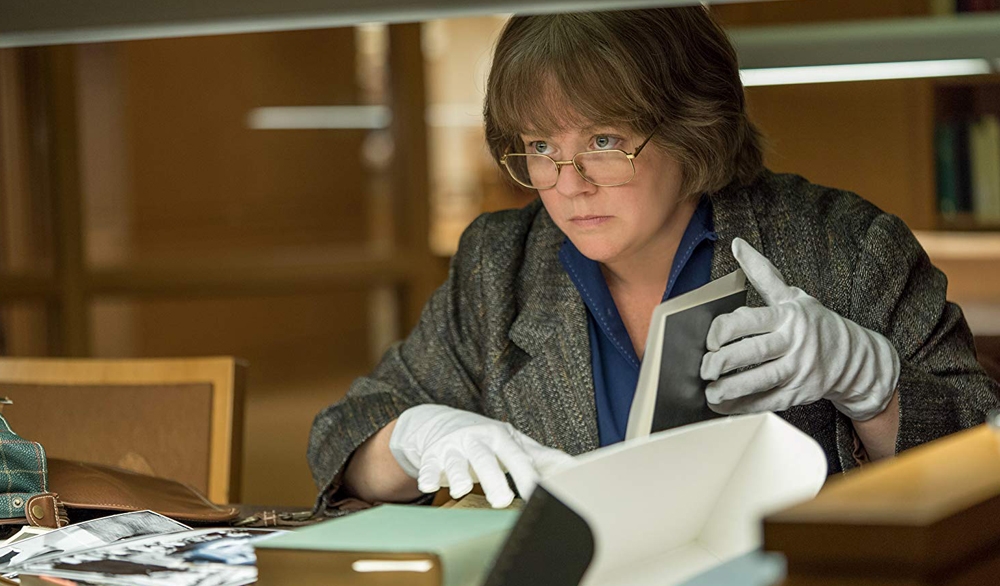 CAN YOU EVER FORGIVE ME?
United States

Lee Israel is an acclaimed celebrity biographer. In the 1970s and 1980s, she published books on Katharine Hepburn, Tallulah Bankhead and Estée Lauder. When she found herself unable to get published because her ideas were out of tune with the time, Lee found another way out to make money. She started to forge fake letters, documents and notes written by famous people.
biography crime adaptation literary adaptation 
Born in California, in the United States, in 1979. She started her career as an actress and her debut as a director was the feature film The Diary of a Teenager Girl (2015). Marielle also directed the feature Can You Ever Forgive Me? (2018, 42nd Mostra) and episodes of the television series Transparent (2015) and Casual (2016).