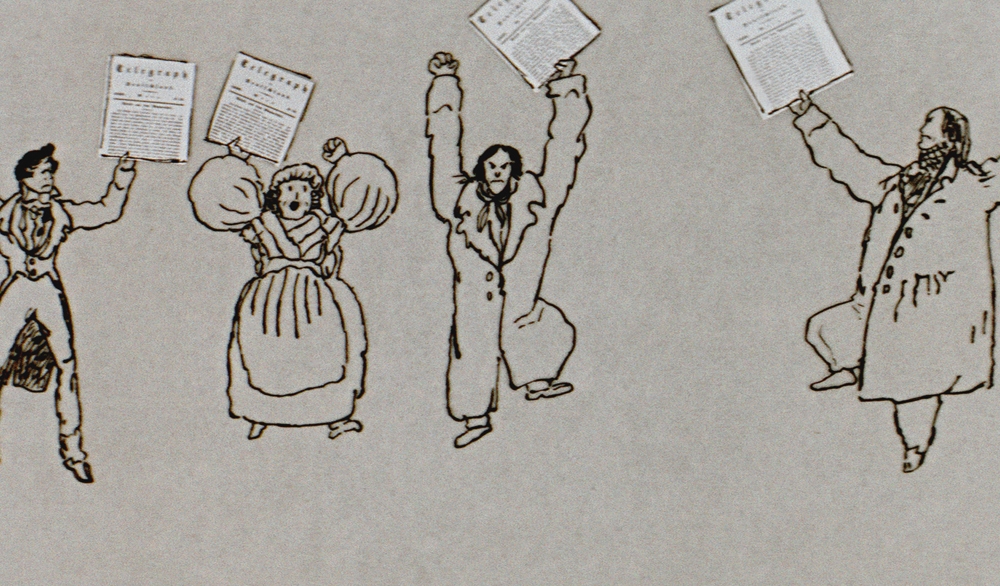 Animation based on letters and drawings of the young Friedrich Engels produced between the years 1838 and 1842. A brief biography on how Engels became the fundamental interlocutor of Karl Marx.
Karl Marx Friedrich Engels animation short film 
Born in Germany in 1928. She worked as a director and screenwriter and among her most celebrated works are Feuer des Faust (1981), Der Teufelstaler (1963) and Vom Mutigen Hans (1959). She directed the short film Young Man Named Engels (1970), screened at the 42nd Mostra.