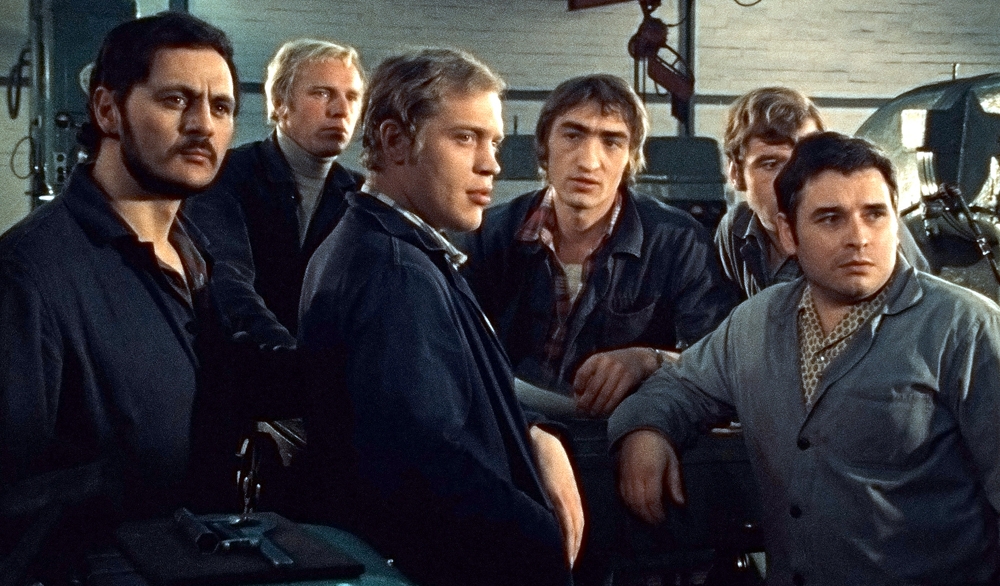 In the early 1970s, the German TV series used to portrait family dramas. With this show, Fassbinder went beyond and transposed the problems of a family of toolworkers to society: it’s about economy, politics, strikes and the struggle for workers’ rights. Eight Ours Don’t Make a Day is an example of the so-called “worker’s films” —genre developed by the channel WDR in West Germany in the late 1960s.

The story tracks the everyday triumphs and travails of the young toolmaker Jochen and many of the people populating his world, including the woman he loves, his eccentric nuclear family, which in their three generations show views that range from progressive to conservative; and his fellow workers, with whom he bands together to improve conditions on the factory floor. 
Born in Bad Wörishofen, Germany, in 1945. He was one of the most versatile authors in contemporary cinema. The more than 40 titles of features and series, produced since 1969, marked the German cinema by showing Fassbinder’s unique, irreverent and critical style. He lived for his unstoppable creativity, also working as an author and writing his own scripts for cinema and theater. Among his most important works are Love Is Colder than Death (1969), Beware of a Holy Whore (1971), The Bitter Tears of Petra von Kant (1972), Ali: Fear Eats the Soul (1973), Chinese Roulette (1976, 8th Mostra), Despair (1978, 35th Mostra), The Marriage of Maria Braun (1978, 4th Mostra), the miniseries Berlin Alexanderplatz (1980, 9th Mostra), Veronika Voss (1982), winner of Golden Bear at Berlinale, and Querelle (1982). Died in Munich in 1982 at the age of 37.