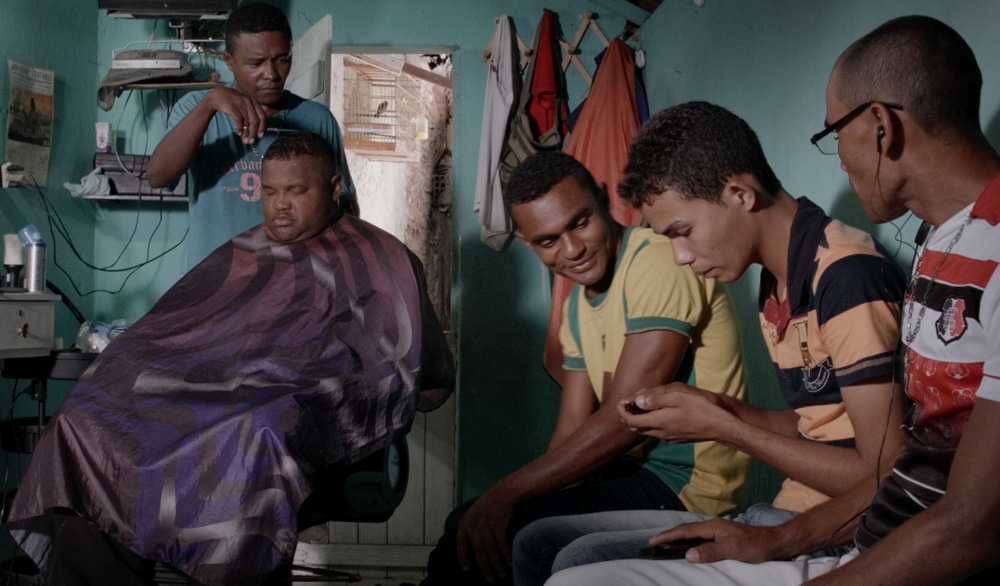 In the sugar cane plantation city of Nazaré da Mata, Pernambuco, in Brazilian northeast, young people don’t hold rap battles, but samba battles. The Afro-Brazilian culture of the maracatu is in their blood. A local evangelical pastor, however, regards this cultural heritage as inspired by the devil: he thinks the people should renounce the maracatu in order to let God in. So, people begin to disappear amidst weird events during the intense preparation that precedes the Carnival.

Winner of the Bright Future section of the Rotterdam International Film Festival. 
Born in Pernambuco, Brazil, in 1984. He started his career in theater and, in 2007, made a course of dramatic construction at the International School of Cinema and Television (EICTV) of San Antonio de los Baños, in Cuba. Since then, Melo works in production of short and feature films. He made his debut in direction in partnership with Antônio Carrilho with the short movie Urânio Picuí (2012). Azougue Nazaré is his first feature film.