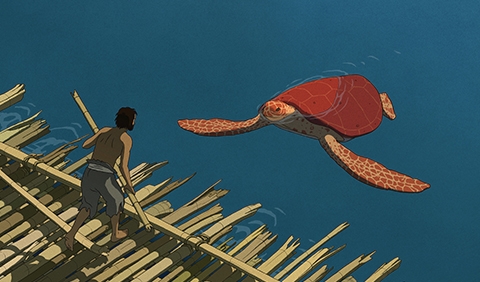 Through the story of a man shipwrecked on a tropical island inhabited by turtles, crabs and birds, The Red Turtle recounts the milestones in the life of a human being.

Winner of the Special Jury Prize at Un Certain Regard section at the Cannes Film Festival. 
Born in The Netherlands in 1953. Animator, director and illustrator, he graduated from the West Surrey College of Art. He directed the shorts Tom Sweep (1992), The Monk and the Fish (1994), Father and Daughter (2000), winner of an Academy Award for best short and of the Grand Prix at Annecy; and The Aroma of Tea (2006). The Red Turtle is his first feature.