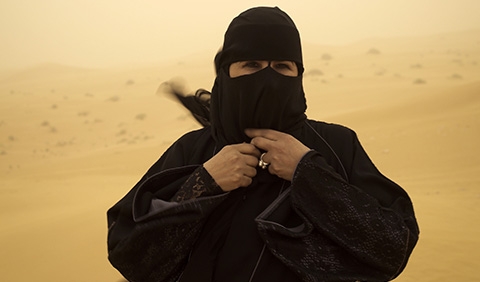 Hissa Hilal, a 43-year-old poetess and activist from Saudi Arabia, tests her boundaries in the daily struggle for change. Veiled in a burqa, she gains international fame at Abu Dhabi’s prestigious contest Million’s Poet with her poems critical of terrorism and the ideologies of fanatic islamists.


German filmmaker, she studied at London College of Communications and at the Munich University of Television and Film. She directed the short films Jam (2003) and The Child Within (2008) and the feature documentary On The Other Side of Life, made in partnership with Andy Wolff. 
German filmmaker, he studied at USC School of Cinematic Arts in Los Angeles and at the Munich University of Television and Film. He directed the documentaries On the Other Side of Life (2010), with Stefanie Brockhaus, and The Captain and His Pirate (2013).