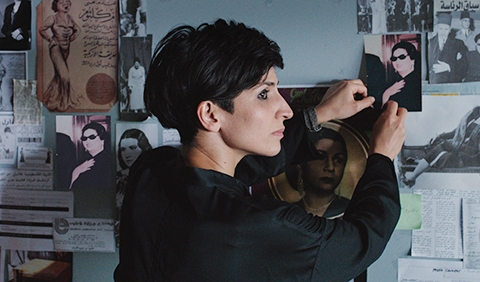 Mitra embarks on her dream project of making a film about the legendary Egyptian singer Oum Kulthum. Her film explores the struggles, sacrifices and the price of Oum Kulthum’s success as a female artist in a male dominated society. In her efforts to capture the essence of Oum Kulthum as a myth, a woman and an artist, Mitra’s own struggles blend with those of the singer and she finds herself caught in an emotional and artistic breakdown. 
Born in Iran in 1957, she currently lives in New York. She started her career in photography before going on to video art and feature film. In 2009, Shirin won the Best Director Prize at the Venice Film Festival for her first feature film, Women Without Men (2009).