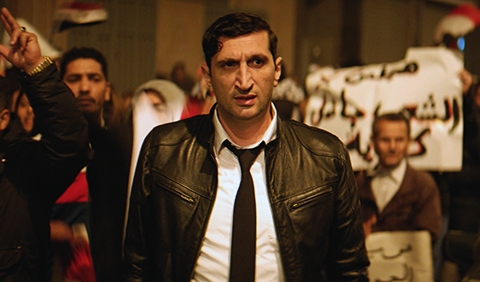 Cairo, weeks before the 2011 revolution. Police Detective Noredin, working in the in-famous Kasr el-Nil Police Station, is handed the case of a murdered singer. He soon realizes that the investigation concerns the very power elite, close to the President’s inner circle.


Born in Sweden in 1972. He started as a graffiti artist and has made animated shorts. Together with Erik Gandini he directed the documentaries Sacrificio, Who Betrayed Che Guevara? (2001), broadcasted on TV, and Gitmo - New Rules of War (2005). He also directed Metropia (2009, 33rd Mostra) and Tommy (2014).