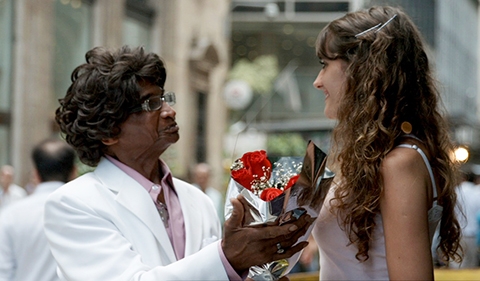 Moacir dos Santos is a singer who enjoys his freedom after having lived for years in a psychiatric hospital. He goes after the dream of making his own film. Alongside director Tomas Lipgot, he represents his fantasies and fears in an act of audiovisual healing. 
Born in Neuquén, Argentina, in 1978. He is a director and producer. In 2010, he made his directorial debut with the documentary Ricardo Becher, the Final Stage. After, he directed, among others, El Árbol de la Muralla (2012) and Vergüenza y Respeto (2015). He is also the founder of the production company Duermevela.