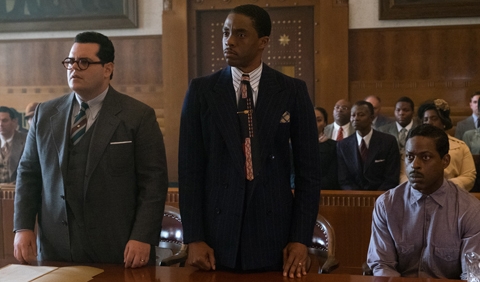 Long before he sat on the United States Supreme Court, Thurgood Marshall was a young rabble-rousing attorney for the NAACP. Alongside attorney Sam Friedman, a young lawyer with no experience in criminal law, he fought the case of black chauffeur accused by his white employer of sexual assault and attempted murder.


Born in East St. Louis, USA, in 1961. He graduated in visual and environmental studies from the Harvard University. Writer, producer, director and executive, he debuted in cinema with House Party (1990). He also directed, among others, Boomerang (1992) and The Great White Hype (1996). Hudlin is also producer of Django Unchained (2012), by Quentin Tarantino.