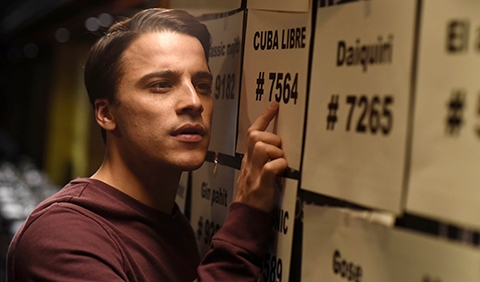 MY BLIND DATE WITH LIFE

MY BLIND DATE WITH LIFE

Saliya became partially blind when he was a teenager. Even so, he remained persistently in his dream of working in a luxurious hotel. Without telling anyone that he cannot see, Saliya, incredibly, gets an internship at the most prestigious hotel in Munich. However, when Saliya falls in love with Laura, his plan, carefully drawn, begins fall apart. 
Born in Germany in 1968. He began his career as an assistant director for Helmut Dietl, Gérard Corbiau and Dominik Graf. He directed the features Love Scenes from Planet Earth (1998), Ants in the Pants (2000), Sophie Scholl: the Final Days (2005, 29th Mostra), winner of Best Direction Award at the Berlin Film Festival and nominated for the Academy Awards of best foreign language film; Pornorama (2007) and The Girl with Nine Wigs (2013).