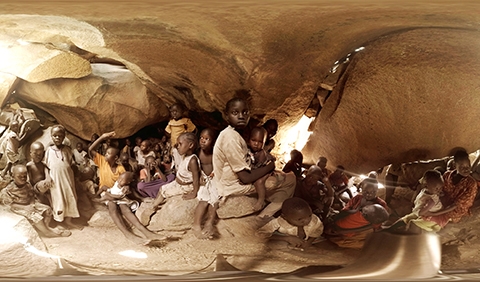 WE WHO REMAIN
Sudan, United States

In 2011, war broke out between the Sudan government and the rebel Sudan People’s Liberation Army in the Nuba Mountains of Sudan. Humanitarian aid has been blocked, and Sudanese journalists are banned from covering the war. The film weaves together the lives of four people in the midst of this relentless war. 
Photographer, filmmaker and VR producer. He’s currently based in Berlin, Germany. In addition to assignments for editorial and corporate clients such as The New York Times and Apple, Wolson pursues long term projects, often focusing on issues around marginalized communities and public space in the global South and across the United States. 
Journalist, filmmaker, and VR producer. His work has been featured in The New York Times, The Guardian, Time and on the BBC In 2012, he helped found Nuba Reports - News and Films from Sudan’s Frontline. His background is in anthropology.