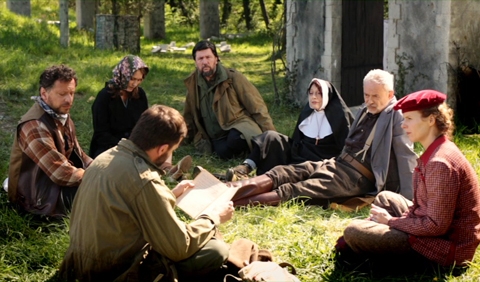 In a ruined village, four men and three women get together after deserting. They get by stealing from surrounding houses. Some of them already know each other. Others, are starting to create emotional ties. Suddenly, without knowing why and where it comes from, they are shot dead, one after the other.