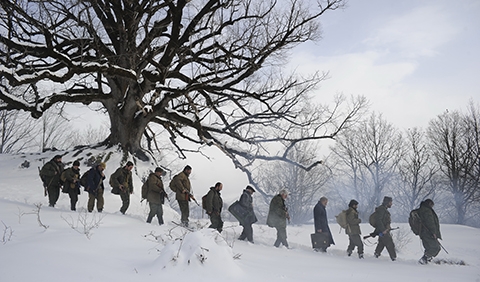 A man elected by his people to become the head of a newly independent country, gets ousted by a coup d´état shortly after. He flees into the mountains where loyal troops are rumored to be waiting for him. He plans to meet them and come back from his exile to regain his power. But the journey turns out to be a restless one, between trust and distrust, between hope and despair, while his dreams blend with reality.