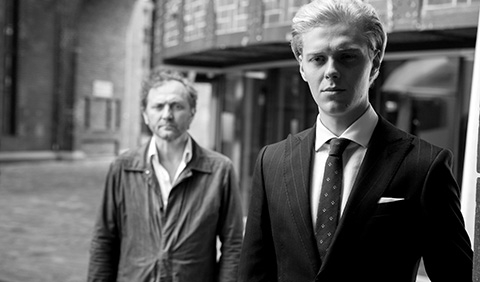 BEYOND WORDS
Poland, The Netherlands

Michael, a young Polish immigrant and successful lawyer in Berlin, is visited by his long-lost father —whom he has never seen and presumed was dead. His father’s lack of love might have been the reason behind Michael’s decision to emigrate. The weekend together is supposed to close the past, though it opens an old wound. 
Born in Czestochowa, Poland. She studied film production at the Polish Film Academy and directing at the Dutch Film Academy. She has written and directed the features Nothing Personal (2009), winner of the FIPRESCI and Best First Feature awards at the Locarno Film Festival; Code Blue (2011) and Nude Area (2014).