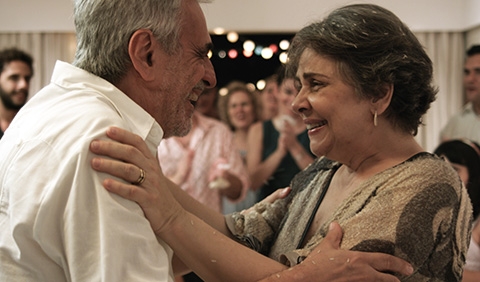 Forty years separate Maria Eugênia, a writer from Pernambuco, Brazil, now based in France, from the couple Miguel and Lucia, who have just celebrated four decades of marriage. The return of Maria Eugênia stirs up doubts and suspicions that have been kept hidden for decades. It is from the point of view of these three characters that relive the political and social history of the “years of lead” of the Brazilian military dictatorship. A story that changed the course of many lives. 
Is a screenwriter and director who lives and works in Recife, Brazil. Has a degree in communication from the Federal University of Pernambuco and a specialized qualification in cinematographic studies from the Catholic University of Pernambuco. She directed, among others, the short Homine: Costurando Identidades Urbanas (2003) and the documentary A Mesa Vermelha (2013).