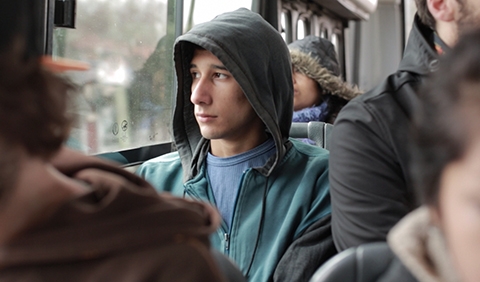 Escaping from his criminal baptism, Reynaldo Galíndez, alias “Rey”, lands in the patio of the house inhabited by Carlos Vargas, a retired security guard. Vargas proposes a deal: the young boy will repair the damage caused to his home in return for not being handed over to the police. The lessons given to the teenager by the old guard are not unlike the old legends of educating a king (for the “Rey” of his name, meaning “king”). The agreement will start to fall apart when the loose ends of the robbery Reynaldo had participated in start wrapping themselves round them. 
Born in Mendoza, Argentina, in 1983. He studied filmmaking at the University of Cinema, in Buenos Aires, while working as an editor with directors including Pablo Trapero, Mariano Llinás and Juan Villegas. He directed short films like Los Crímenes (2011) and Un Sueño Recurrente (2013). Rey’s Education is his first feature film.