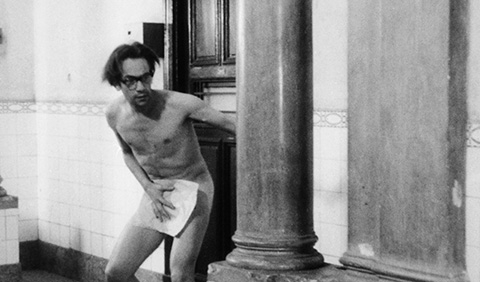 A folkloric music teacher gets locked out, naked, in a friend’s apartment, after a party night and has to deal with the false morality of Rio’s population.