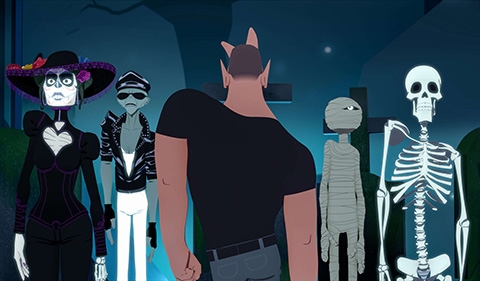 Nobody knows, but the werewolves, vampires and zombies that works in Zombillénium amusement park are real monsters. When a human, Hector, threatens to disclose the true identity of the park`s employees, the vampire local manager has no other choice but to hire him. Hector must escape from his co-workers to see his daughter or he risks ending up as the park`s prize attraction.