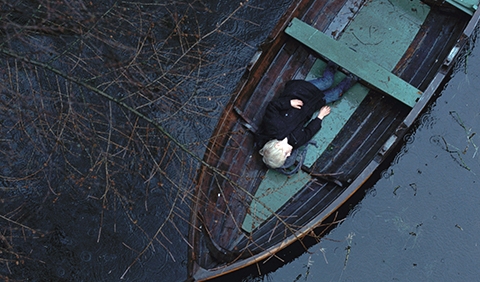 Between the sea and the mountains in a small village in Norway, Aslak is a boy who lives with his mother Astrid. A tragic event occurs that Aslak can’t quite understand and Astrid struggles to handle. Aslak’s friend Lasse, shows him a macabre scene: three half-eaten sheep killed on a full moon night. Lasse tells Aslak that whatever killed the sheep lives in the dark forest behind their house. In a quest for answers, Aslak ventures into the menacing forest. 
Born in Norway in 1982. He graduated from the National Film School in Lodz, Poland. Gulbrandsen made his directorial debut in 2009 with the short movie Darek. He is also the director of the shorts Scream (2010) and Everything Will Be OK (2011). Valley of Shadows is his first feature film.