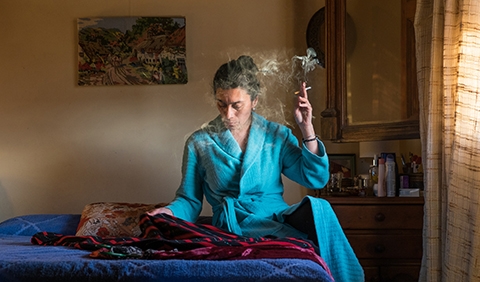 Mabel has been through a divorce and has returned to her mother’s home. She lives there with her little daughter, her teen sister and her grandmother. Every day Mabel leaves early for work and returns very late, while her daughter stays at home, waiting for her. 
Born in Argentina in 1986. He studied at the cinema school from the National University of Córdoba. His filmography includes the short movies Secundario (2010) and Sociales (2013), in addition to the feature Salsipuedes (2012). Another Mother is his second feature film.