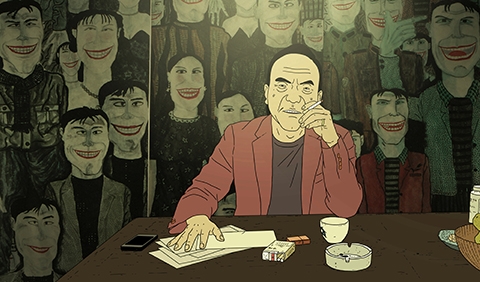 A hard rain is about to fall on a small town in southern China. In a desperate attempt to save his fiancée`s failed plastic surgery, Xiao Zhang, a mere driver, steals a bag of money from his boss. News of the robbery spreads fast within the town and, over the course of one night, everyone starts looking for Xiao Zhang and his money. 
Born in China in 1969. Jian studied Chinese painting and, in 1995, started working with animation. He made his directorial debut with the animated feature Piercing 1 (2010). Have a Nice Day is his second feature film.