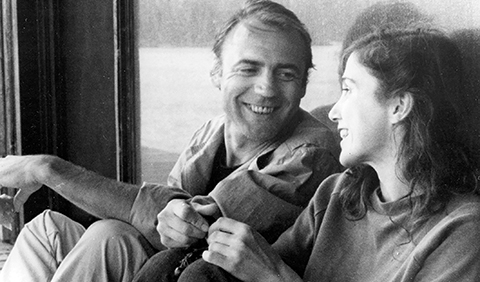 IN THE WHITE CITY

IN THE WHITE CITY

Paul, a ships`s mechanic on a cargo boat, goes ashore one day in Lisbon and makes the acquaintance of loneliness, of keeping silence, and of Rosa, a barmaid. A three-sided relationship develops between Paul, Rosa and Elisa, Paul`s wife, who lives in a town on the Rhine. All of Pauls` money is stolen, he follows the tracks of the thief and gets stabbed. Nevertheless, an in spite of Rosa`s departure and the distance that separates him from Elisa, Paul gradually recovers.