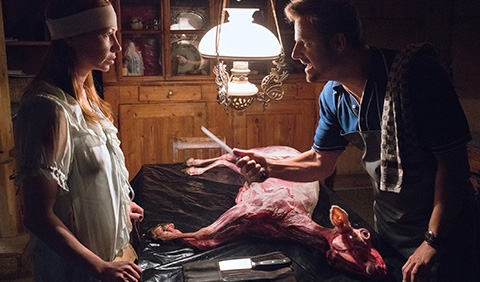 A collision with a sheep on a country road initiates a whole series of weird and unsettling experiences for Anna and Nick which ultimately leave them both incapable of being certain exactly where they are: in the real world, in their own imaginations or in someone else’s imagination. 
Born in Warsaw in 1968. Studied film directing at the National Academy for Film, Television and Theatre in Lodz, Poland. He worked as a composer for several rock bands and directed episodes for Polish TV series. He directed the feature films All Winter without Fire (2004), Courage (2011) and Anna’s Time (2016).