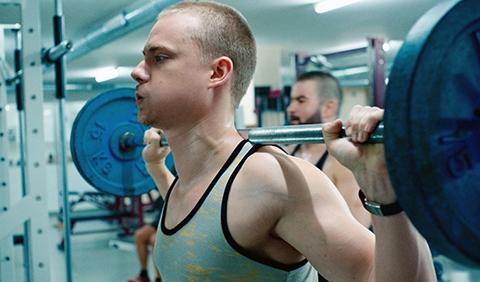 When Jessy tells David she’s pregnant, he breaks out in panic. A few days later the two are beaten up in the city train, and when David realises he is unable to protect his girlfriend, his fears of inadequacy as a man take hold. Frantic, he resorts to steroids and begins with excessive strength training. Initially, the muscles give him self-confidence. Within a short time, however, David develops erratic behaviour and becomes a threat to Jessy and the unborn child. 
Born in Switzerland in 1982. He studied theatre directing at the Zurich University of the Arts (ZHdK) and film directing at the American Film Institute, in Los Angeles. He made his directorial debut in feature films with Tempo Girl (2013). Goliath is his second feature.