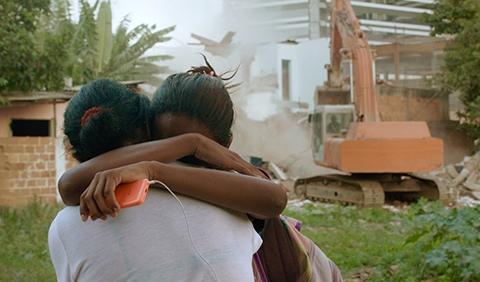 The documentary unfolds in Rio de Janeiro on both sides of the wall separating the new Olympic Stadium and the favela Vila Autódromo. Nothing prevents the co-existence of these two worlds, but some judge them incompatible including Rio’s then mayor. His wish to reclaim these area reserved for Rio’s poor since the 1990’s sets off a lopsided power struggle as people with little means fight to keep their home. Meanwhile, the opening ceremony approaches. 
Born in Switzerland in 1973. He graduated in 1997 from the Lausanne Cantonal Art School. Chalard made his debut as a director with the documental medium-length film Luchando Frijoles - Cuba de un Día a Otro (1997). Favela Olímpica is his first feature film.