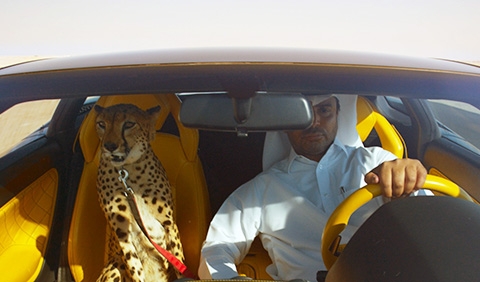 Falconry has a history that stretches back over 40 centuries. In the West it was a prevailing passion of the medieval aristocracy, but its prestige continues undiminished in contemporary Arab culture. In the glaring light of an empty landscape, following flight lines, the film recounts a strange kind of desert weekend, in which technological and anthropological microcosms hang in the air, like the falcon, drifting on the irreversible currents of images.

Winner of Special Jury Prize at Filmmakers of the Present competition at the Locarno Film Festival 2016. 
Born in Ravenna, Italy, in 1972. As a visual artist, he worked with a continuous mingling of documentary cinema and contemporary art. Directed several shorts that were screened both in important festivals and museums. The Challenge is his first documentary feature.