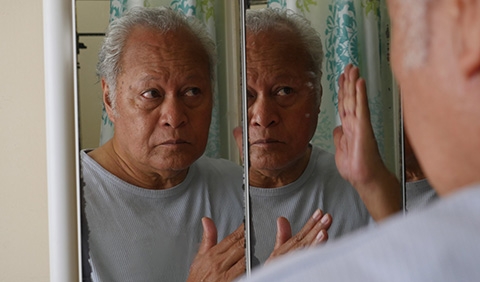 Maea once lived fighting. But now he atones for his past by easing the pain of child bearing for young pregnant women. He also works at a local bakery, and at home he has to deal with a spirit who taunts him while providing company. When his youngest daughter returns home, beaten and heavily pregnant, he struggles on one hand with the inner temptation to take revenge in the way he knows best and on the other, to build the new family and companionship so desperately missing from his life. 
Born in Samoa in 1975. He studied at the New Zealand Film & Television School and got a master in screenwriting at the Victoria University. His first feature film, The Orator (2011), was awarded with a special mention at Horizons section of the Venice Film Festival. One Thousand Ropes is his second feature.