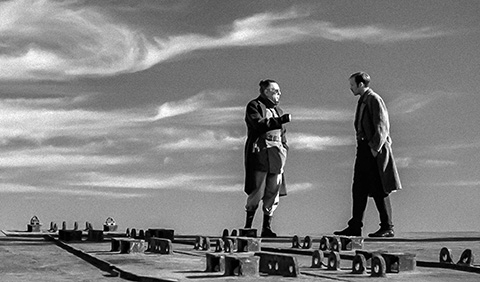 In the middle of the night, Magloire is smoking a cigarette in an abandoned train station when the police shows up for an ID check. He starts running with no luggage, no future until he meets a dying man from whom he inherits a fortune. Magloire is now pursued by a gang. He becomes their hostage, but accomplice too. As he doesn’t have anything to lose. Like someone who gets away with everything, someone with no expectations.

Winner of the Best Direction Award at the Locarno Film Festival.