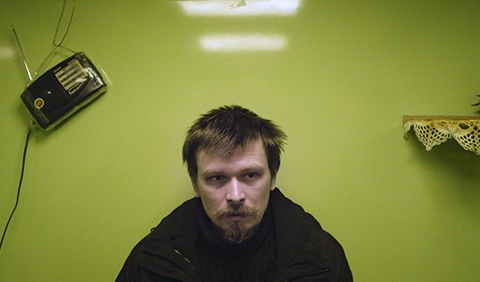 A cigarette held in bloody fingers. A woman squirming in a bed, screaming. A man is waiting. A love story. A boat on lake Neusiedl, a hospital in the Ukraine. A burning field. Another love story. Sickness and the big vanishing into oblivion. Somewhere, death is awaiting. Somewhere else life. 
Born in Turkmenistan in 1986. He was raised in Kiev, Ukraine, where he studied film. Nowadays, he lives in Vienna, Austria. Rechinsky worked as an editor for commercials, short and feature films. He made several short movies and made his debut in a feature direction with the documentary Sickfuckpeople (2013). Ugly is his first fictional feature film.