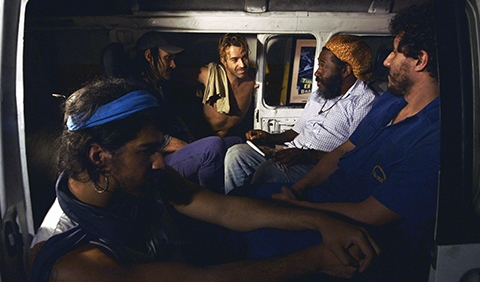 A MOÇA DO CALENDÁRIO
Brazil

Inácio, a forty-year-old man, is married and doesn’t have a steady job. Former street cleaner, Inácio works as a stuntman of a dancer and mechanic at Barato da Pesada workshop, where he dreams with the Calendar Girl. In the movie, the real and the dream intertwine.