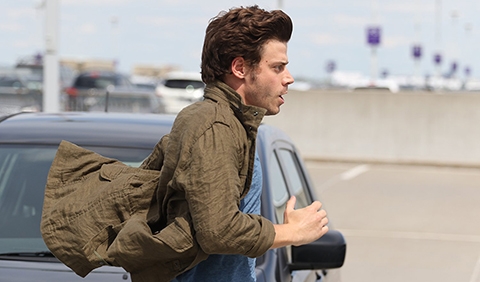 David is on a very special voyage: one that doesn’t take him from one place to another —but, rather, from one moment to another. Seeking to better understand this strange ability that lets him move along his own personal timeline, David must face his deconstructed chronology as well as his own repressed past. 
Born in Canada in 1969. He is a writer, editor and director of film and television. He directed, among others, the short movie Décharge (1999), the documentary Regular or Super: Views on Mies van der Rohe (2004) and the feature Jaloux (2010). Origami is his second feature film.