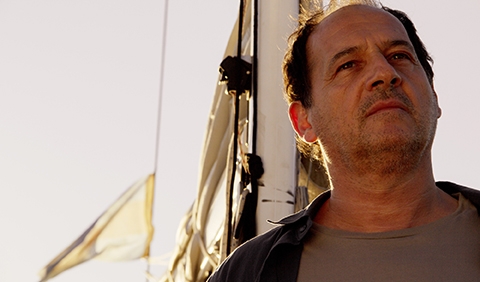 A man hemmed in by his terminal illness decides to draw himself away from everything and embark upon a journey in his old sailing boat, seeking refuge in nature’s embrace. A young woman, escaping from a crime she claims to have not committed, will disrupt his plans. Helping her will be the last chance for him to feel alive. 
Born in Cordoba, Argentina, in 1980. He began his filmmaking career directing short films such as Distances (2010). Natural Sciences (2014, 38th Mostra), his feature film debut, won the Crystal Bear for Best Film at the Berlinale’s Generation Plus section. El Pampero is his second feature film.