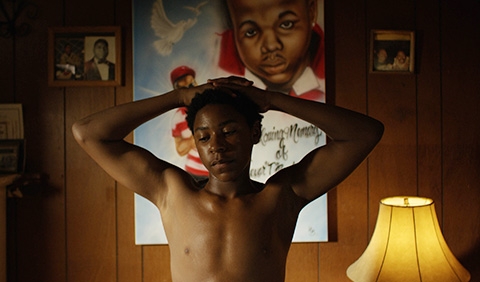 In the wake of his older brother’s death, 13-year-old Dayveon spends the sweltering summer days roaming his rural Arkansas town. When he falls in with a local gang, he becomes drawn to the camaraderie and violence of their world. 
Son of Pakistanis, Abbasi grew up in Little Rock, Arkansas, USA. Screenwriter, director, editor and composer, he worked as an assistant directing of filmmaker David Gordon Green in movies such as Our Brand Is Crisis (2015). In 2008, he released with his brother Something Like Nostalgia, his debut album. Dayveon is his first feature film.