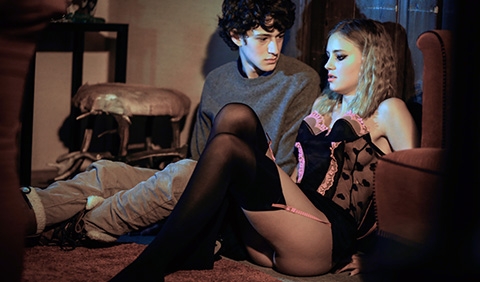 Giulio, a seventeen-year-old from a well-to-do family, is sent to a boarding school. In this isolated place in the Alps, where rules limit all contact with the outside, he makes friends with Edoardo. Their friendship is sealed by frequent escapes at night, when they begin to frequent a nightclub hidden in the forest, which becomes a refuge for the two young men. This is where they meet Elena, a prostitute, and become fond of her. 
Born in Rome, Italy, in 1981. He graduated from the Experimental Center of Cinematography and got a degree in philosophy. He directed several shorts, the documentary Foschia Pesci Africa Sonno Nausea Fantasia (2010) and the TV series Mia and Me. Children of the Night is his first feature.