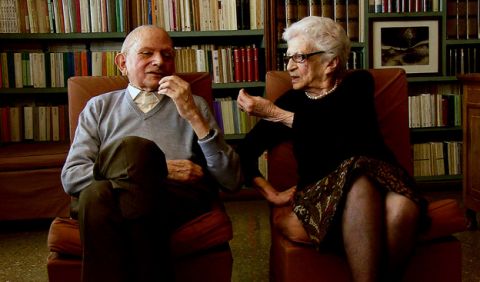 TODAY TOGETHER, TOMORROW TOO - PARTICIPATED FILM

TODAY TOGETHER, TOMORROW TOO - PARTICIPATED FILM

A composition of faces, places and stories collected by different directors throughout Italy conceived and curated by Antonietta De Lillo. A portrait of love at our times through fragments of different materials —documentaries, investigations, animations and found footage. The casualness and the normalcy of the stories are the key to express the most elusive of all feelings —love. 
Born in Naples, Italy, in 1960. She worked first as a journalist and photographer for important Italian newspapers and magazines. She moved to Rome and there, began as camera for TV and cinema productions. She graduated from the University of Bologna and directed feature films such as The Vesuvians (1997), Non È Giusto (2001) and The Remains of Nothing (2004, 29th Mostra).