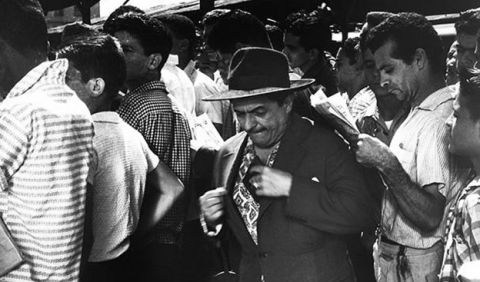 Benedito is a veteran pickpocket who works near Central do Brasil, Rio de Janeiro’s main station. He meets Honorina, a newcomer from Pernambuco, with whom he falls in love. Willing to win her, the thief decides to quit crime and change his life, but he soon finds out this won’t be easy. 
Born in Salvador, Brazil, in 1924. He is a composer and director. Moved to Rio de Janeiro in the 1940’s, where he worked as an assistant before becoming a director with the feature O Preço de um Desejo (1952). He made a series of films with comedian Zé Trindade, such as Genival É de Morte (1956), Maluco por Mulher (1957) and O Batedor de Carteiras. He also directed Minha Sogra É da Polícia (1958). His most famous song, Sereno, was recorded by Paulo Molin.