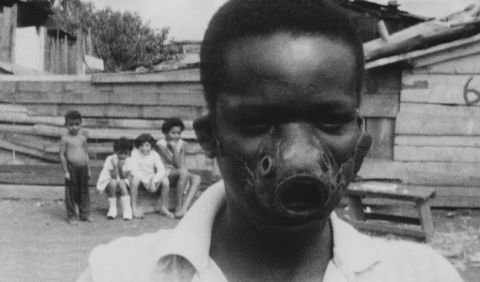 The surroundings of the newly opened marginal Tietê, major highway in the city of São Paulo: slums, factories, empty lots. But mostly, the people of its surroundings.