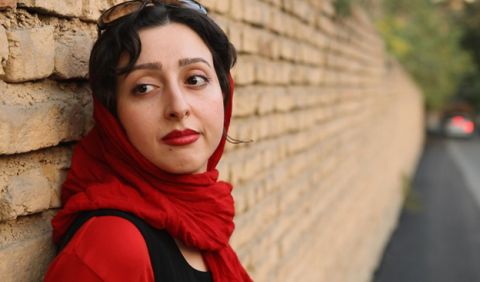 In Iran, since the revolution of 1979, women are no longer allowed to sing in public as soloists —at least in front of men. Defying censorship and taboos, the young composer Sara Najafi is determined to organize an official concert for solo female singers. In order to support their fight, Sara and the Iranian singers, Parvin Namazi and Sayeh Sodeyfi, invite three female singers from Paris, Elise Caron, Jeanne Cherhal and Emel Mathlouthi, to join them in Tehran and collaborate on their musical project.


Born in Iran in 1976. Ayat Najafi first studied scenography and, in 1995, he set up a company for theater students at the University of Tehran. He directed the short movies Move It (2004) and Nothing Has Ever Happened Here (2016), and the documentary Football Under Cover (2008), his first feature film.