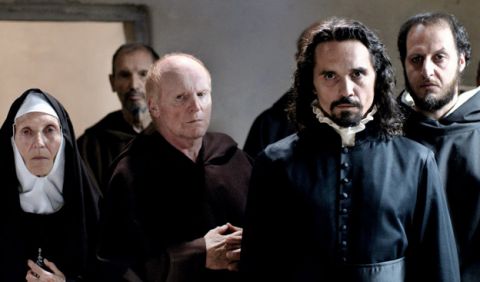 BLOOD OF MY BLOOD

BLOOD OF MY BLOOD

In the seventeenth century, Federico Mai, a young priest, is called to a convent in the town of Bobbio. His brother committed suicide and can not be buried in sacred ground, unless his lover, the nun Benedetta, confesses their sins, thus saving the soul of the(tirar) Federico’s brother. Today, a man wants to buy the monastery where Benedetta was tortured. However, he finds an old earl and a woman whose husband disappeared living in the place.