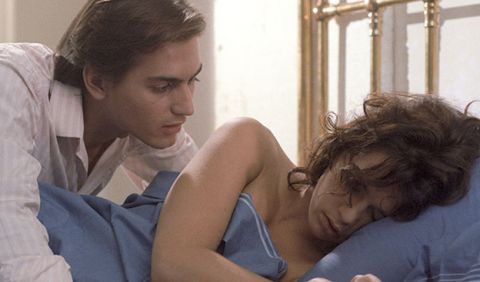 DEVIL IN THE FLESH

DEVIL IN THE FLESH

Andrea, an Italian high school student becomes infatuated with Giulia, a woman which fiancée is in jail for being involved in a radical movement. At first she resists the student`s advances, but eventually begins an affair with him. Their situation is condemned by her family and his father, who is the woman`s psychologist.