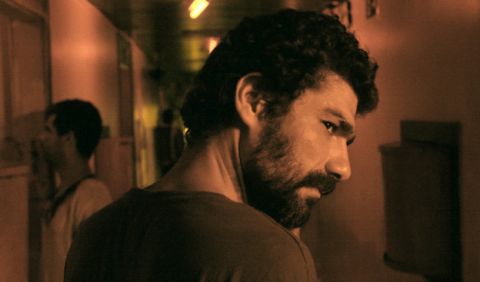 As he does every single day, Elon goes to meet his wife at her work place, but she is not there. He doesn’t find her at home as well, so he starts to retrace the path Madalena makes daily. In the morning after, Elon goes to the police station and files a report, runs into hospitals, morgues. Alone, he wanders through a metropolis, searching for news about the sudden and mysterious disappearance of his wife. 
Born in Belo Horizonte, Minas Gerais, in 1982. He graduated in film directing at the Universidad del Cine, in Buenos Aires. He is a screenwriter and director of theater and cinema, responsible for the short movies Material Bruto (2006), Convite para Jantar com o Camarada Stalin (2007), Permanências (2010) and Tremor (2013). Elon Doesn`t Believe in Death is his first feature film.