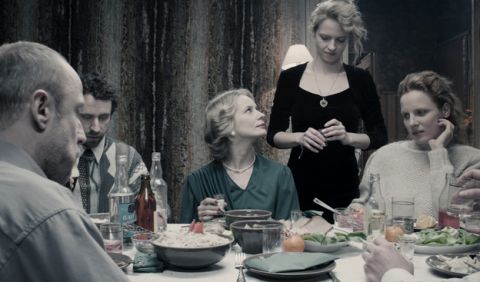 Poland, 1990. The first euphoric year of freedom, but also of uncertainty for the future. Four apparently happy women of different ages decide it’s time to change their lives, fight for their happiness and fulfill their desires. Agata is a young mother, trapped in an unhappy marriage, who seeks refuge in another impossible relationship. Renata is an older teacher fascinated with her neighbor Marzena —a lonely and beautiful woman, whose husband works in Germany. Marzena’s sister Iza is a headmistress in love with the father of one of her students.

Winner of the Silver Bear for best script at the Berlin International Film Festival.


Born in Poland in 1980. Studied at the National Film School in Łódź. Worked as assistant director at different theaters plays. He wrote and directed the films In the Bedroom (2012) and Floating Skyscrapers (2013). United States of Love is his third feature.