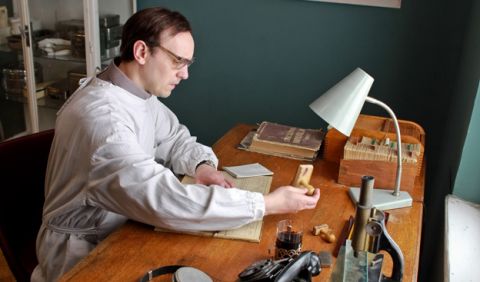 Kraków, 1967. Karol’s parents would like their son to train as a doctor but, for the time being, he spends his time practising his diving and observes everything going on around him with a stony expression. In a life devoid of emotions his attention focuses on the trail of a mass murderer who has already hammered to death more than ten people. While the city is gripped with fear, Karol is ready to stand in his way, which appears to be the only way he can truly feel alive. 
Born in Poland in 1970. Studied sociology, cinematography and production at the University of Silesia in Katowice. He worked as a cinematographer on several features and directed the documentaries like Existence (2007), Declaration of Immortality (2010) and Man, You’ll Be a Legend (2013).