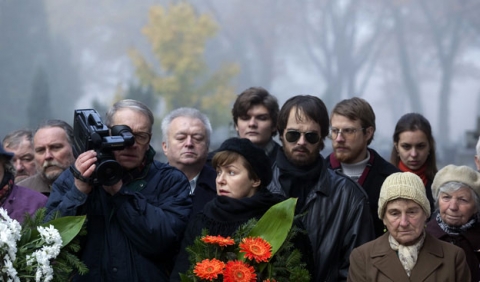 Winner of Best Actor award to Andrzej Seweryn at the Locarno Film Festival. 
Born in Poland in 1984. He graduated in film directing from the Krzysztof Kieślowski Faculty of Radio and Television and completed the documentary course at the Wajda School in Warsaw. He signed several shorts including 15 Years of Silence (2007), Afterparty (2009) and Niebo (2011), besides the documentary Deep Love (2013).