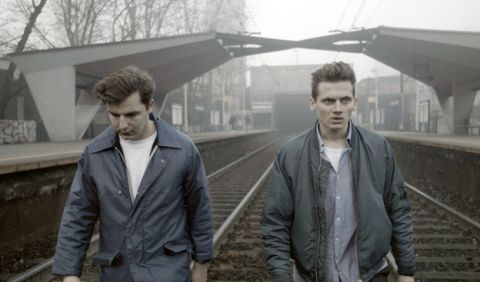 Krzysztof and Michal are art school classmates. On the precipice of their own coming of age, they restlessly roam the city`s streets experiencing life to its limits. They push each experience to its breaking point, testing what it might mean to be truly awake in a world that seems satisfied to be asleep.

Winner of the World Cinema - Documentary Directing Award at the Sundance Film Festival. 
Born in Warsaw, Poland, in 1982. Director and cinematographer, he studied film at the California Institute of the Arts and is a graduate of the Academy of Fine Arts in Poznan, Poland. He directed the documentaries At the Edge of Russia (2010) and Fuck for Forest (2012).