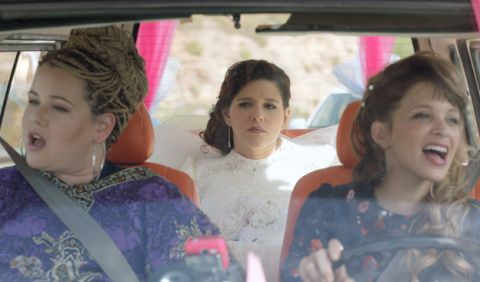 Michal is 32 years old. She became Orthodox Jewish 12 years ago, and only now she is getting married. A month before the wedding, the groom has a change of heart and the wedding is called off. Michal feels she`s unable to go back to ordinary life, so she decides to keep the booking, convincing herself that within the month remaining, God will send her a husband. 
Born in New York, USA, in 1967, and raised in Israel. She studied at the Sam Spiegel Film and Television School, in Jerusalem. She teaches directing and scriptwriting in various film and television institutions within the orthodox community. Fill the Void (2012), her first feature film, was the winner of the Jury Award of Best Fiction at the 36th Mostra.