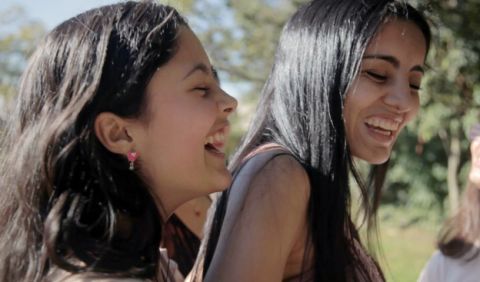 Looking at the Stars is the portrait of two ballerinas from the world’s only ballet school for the blind —the Fernanda Bianchini Association, located in Sao Paulo. The documentary follows Geyza, the prima ballerina of the company and a ballet teacher, who is preparing to get married, and Thalia, her teen protégé, who is dealing with all the changes of her age. Their stories go beyond the challenge of dancing without a visual reference. Like most of us, these women want to be good professionals, partners and friends, and they do a hard work to become the best versions of themselves. 
Born in Santos, Brazil, in 1985. Studied advertising and marketing at the ESPM and cinema at the University of Southern California. Directed the short movies Incertezas (2007), Frozen Food (2010) and Looking at the Stars (2014), a starting point for his first documental feature film, also named Looking at the Stars.