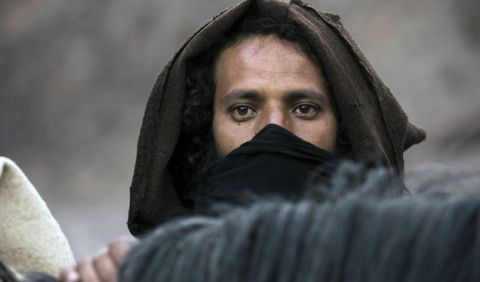 A caravan escorts a dying Sheikh through the Moroccan Atlas. His last wish is to be buried in the medieval city of Sijilmasa. But death does not wait. Said and Ahmed say they know the way and promise to take the body to its destiny. In another world, Shakib is chosen for his first mission: to help the improvised caravaneers keep their word.
Winner of Critics Week Grand Prize at Cannes Film Festival.